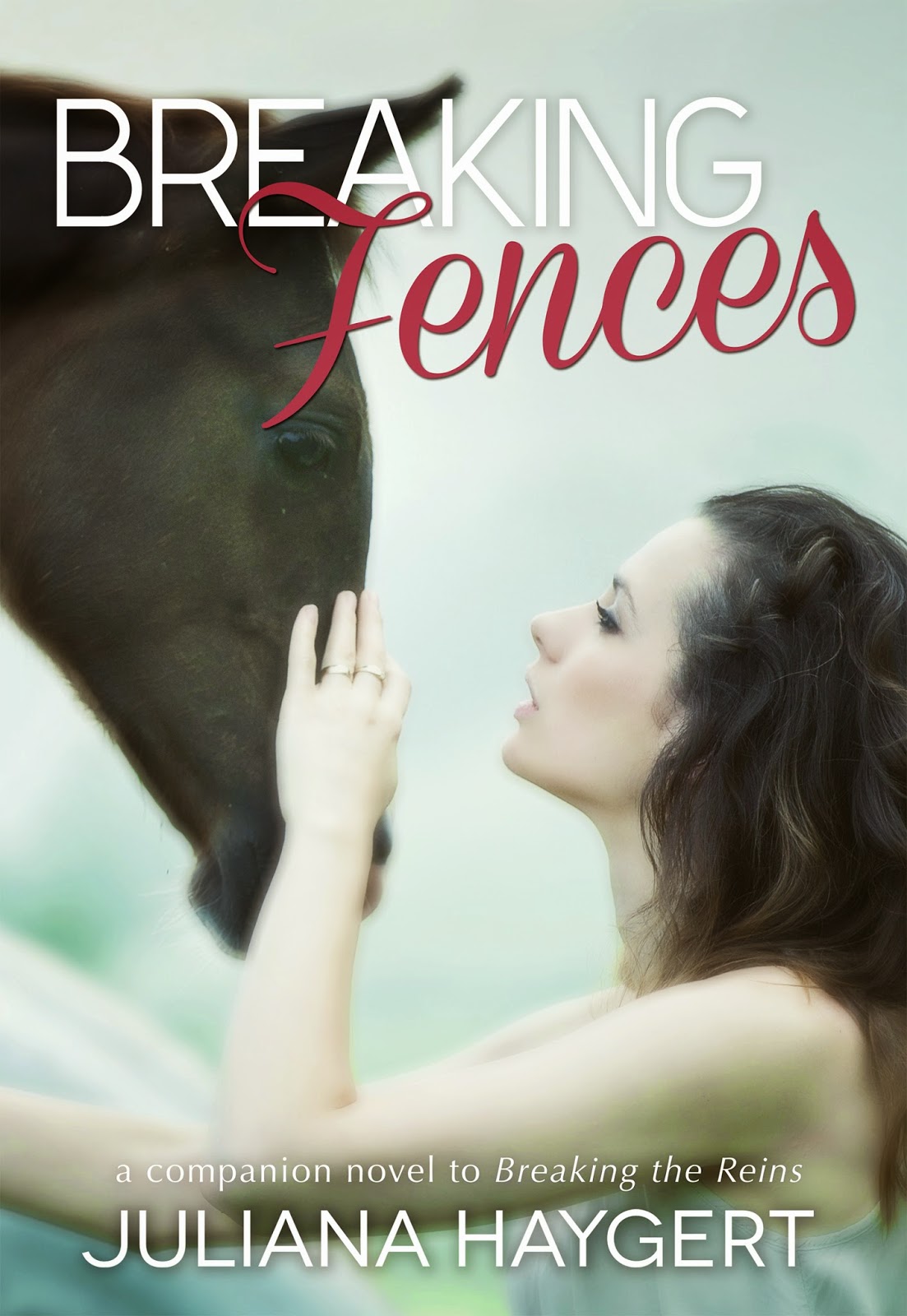 Breaking Fences (Breaking #2)
All Beatriz “Bia” Fernandes wants is to prove herself—to her family and friends—though it’s hard to prove anything with an overbearing father and three famous polo-playing older brothers. After her acceptance into college results in a heated family argument, the Brazilian girl leaves everything behind to find her own American dream.
College life away from home is perfect until the people she believes to be her friends turn on her. With lies and rumors threatening to suffocate her, Bia turns to her only freedom. Riding.
But one thing gets in the way of her escape. Garrett Blackwell and his bad cowboy attitude. Working at the ranch is his obligation, bugging Bia is his newfound hobby. His thick skin and easy grin don’t hide what Bia already knows—this misunderstood and lonely cowboy fights his own demons. Brushing horses’ coats and mucking out stalls shouldn’t be this sexy, and it isn’t long before he becomes a part of her distraction.
However, escaping won’t solve her problems, and it’s up to Bia to break down the fences around her and prove her strength—not to her family and friends, but to herself … and for Garrett. Because standing on her own doesn’t have to mean standing alone.
** Companion novel of Breaking the Reins. Can be read out of order **

While Juliana Haygert dreams of being Wonder Woman, Buffy, or a blood elf shadow priest, she settles for the less exciting—but equally gratifying—life of a wife, mother, and author. Thousands of miles away from her former home in Brazil, she now resides in Connecticut and spends her days writing about kick-ass heroines and the heroes who drive them crazy.
Website  |  Goodreads  |  Facebook  |  Twitter


Leaving some things-or people, or horses-behind than I thought it would be.

----------
Bia wants to step out from under her brothers' shadows. She wants her own life, to follow her dreams. So she leaves for college and nothing is as she thought it would be. She's bullied on the campus, rumors fly around her, none of them true, she's constantly being hit on by creeps. It's no wonder she doesn't trust Garrett when he shows interest. The only reason he wants her is because she's thee exotic Brazilian slut, right? Wrong.

Bia basically turns into a cowering wimp at college. She lets people walk all over her. And I'm not saying that that's not what I would do if this happened to me, but I was disappointed that I didn't get to see the fiery, opinionated, fun-loving Bia of Breaking the Reins. I feel like that if Bia had been that same girl, a lot of the drama could have been avoided.

I love the way Juliana writes about relationships to horses. It made me want to find a horse to ride while I was reading the book. I also like that even though Bia is filthy rich, she's not a spoiled brat and she's not afraid to get her hands dirty. There's was also more about Brazilian culture in this book and I found it interesting.

I really hope for more book about the Fernandes family. I believe there are two brothers and a cousin who don't have books yet, so fingers crossed.

Giveaway:
US Only/International
a Rafflecopter giveaway


Check out the rest of the tour:

Hey! I'm Gabi. I'm twenty-one and a junior in college. Being a nursing major and an Honor's student makes my life insane, but I wouldn't change it for the world. Reading keeps me sane and helps me de-stress after a hard day. I hope I can share my love for books with you!

Where to Find Me

Wait for You
by J. Lynn
Review coming April 4 on Gabic Reads